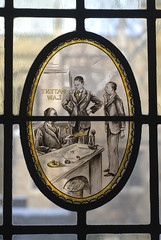 America Invents Act is latest bill in the US patent law system, aimed more at defending entrenched economic interests rather than anything else. The bill changes the method for determining the priority of patent applications to a “first to file” system from the long-standing “first to invent” method.

According to the NYTimes, the major two views about this bill are:

vs.
Here are some public views  on the matter:

The Framers - at the urging of the Paris-based Thomas Jefferson - gave Congress the power "To promote the Progress of Science and useful Arts, by securing for limited Times to Authors and Inventors the exclusive Right to their respective Writings and Discoveries" (Art I Sec. 8). The idea was clearly to encourage individual innovators to commercialize their ideas, reap the rewards of their ingenuity, and teach others their inventions so they might be improved upon. But most of all, the hope was to bring the benefits of invention to the public, to agriculture and to industry. The cotton gin, the McCormack reaper, the telegraph, the electric lightbulb, and countless other inventions benefited both their inventors and the public in this way.

The patent system has degenerated into a big money corporate game. Most utility patents are trivial improvements on existing technologies, and rarely encompass the whole of the value of the product: a smartphone may incorporate hundreds of patented ideas. Patents are often issued on ideas that are already in the public domain, and it is extremely difficult to overturn an issued patent. Despite the high cost of prosecuting a patent, companies like Motorola, Apple and Microsoft file thousands of them each year, almost indiscriminately. The inventors get a modest award for each filing and a second if the patent is granted. And rather than being an incentive to innovation, they are trading cards in litigation.

Worse still, patents get abused by non-practicing patent holders (who often buy them cheaply) for barefaced extortion schemes that create no economic value and only serve to raise the price of technology products to consumers or keep valuable products off the market. The patent portfolio of the failed Nortel Networks had more value in bankruptcy than all the other assets of the company combined, in a cynical bidding war.

Jefferson must be spinning in his grave.

Be careful, folks, anything that tends to bigness also arrives at awfullness in America. It is an ineluctable destination in an America gone crazy over Bigness is Beautiful.

What market bigness does is this: It creates oligopolies where too many customers go chasing too few suppliers. This is already happening to the Interconnect Industry, which is why DSL-interconnect is so much more expensive than elsewhere.

Which means what? My take: It means that our right to interconnect is not universal but based upon companies cherrypicking markets according to the number of cherries the market will produce.

Which means inevitably that some people will have to go without, sooner or later. It is one of the reasons why rural Internet Interconnect is lagging in the US. I live a very tiny village in the boonies of France, and yet my interconnect cost is only $20 a month.

Why? Because the government decided that citizens had the right to be informed (by TV, Telecom, Telephony) and that right should come at the lowest possible cost. Beyond that, whatever content they wanted could be priced at whatever the market will bear.

This notion is lost in America, which takes pride in Large Numbers bounced around the media, reported in the NYT, that makes mouths water.

What a bunch of children. Money can't buy you happiness, but it should be able to buy you a decently priced interconnect ISP.

It's really boils down to control and domination. The realm of patent abuse has gone off the charts. Patents are being used by too big corps to dominate and control large marketplaces and LIMIT choices and increase costs to consumers thereby increasing their profits. Frenzied patent activity is occurring in every market; genetically modified food (and seeds), bio-med, etc. It's just another method to noose consumers with technology.

Farmers can't get a pineapple seed without buying a patented one from a giant Japanese firm because they GMOed it so now they own all the pineapple seeds.

Most of these corps don't create anything new. They just suck up other entrepreneurs' and inventors' ideas or products and/or steal them. A smaller entity or an individual has no chance to fight them in court. What are these patent vampires really producing that is truly beneficial to society at large? Drone jobs? Disposable technology to contaminate the planet further? Too rich executives? Contributing to an elite economic class and destroying the middle class? What is their true value to western civilization beyond Wall Street money changing and fostering a trend towards corporate state fascism?

Recently, congress was attempting to 'reform' the patent office filing from who had the idea first to who files first. Mammoth corporations employ mammoth law firms to do all that legwork. Tesla died poverty stricken. JP MORGAN bought or stole his ideas. 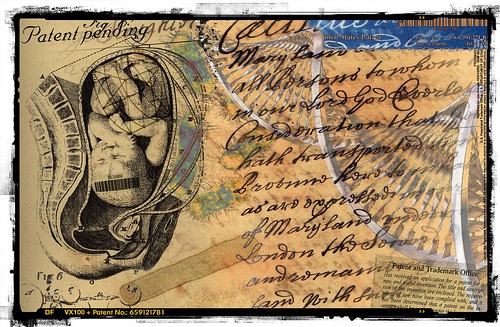 So, the present seems to favor a future characterized by economic monstrosities, also known, gingerly,  as too big to fail.
Posted by fCh 3 comments: